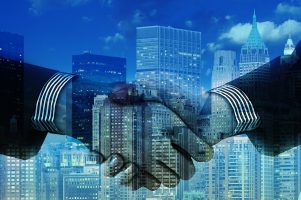 On Aug. 1, 2018, President Donald Trump signed the bipartisan bill S. 2245, “Knowledgeable Innovators and Worth Investors Act” (KIWI Act), into law, allowing New Zealand nationals to enter the U.S. under the E-1 Treaty Trader and E-2 Treaty Investor visas. This is a big step in business relations between the U.S. and New Zealand, promoting increasing trade and investment relationships between these two countries.

The E-1 and E-2 visas are a nonimmigrant visas that allows executive or supervisory foreign nationals who work for companies that carry out substantial trade or investments with the United States, to enter the U.S. to engage in trade and investment deals. To qualify for an E visa, foreign nationals must be the same nationality as the principal alien employer, who in turn, must be the same nationality of the treaty country. Following the passage of the KIWI Act into law, New Zealand nationals can now legally enter the U.S. under E-1 and E-2 visas for an initial stay of two years as traders and investors and can request an unlimited number of stay extensions.