H-1B Denials on the Rise Under the Trump Administration 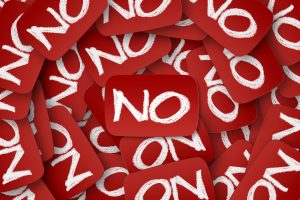 H-1B work visas are expensive, time-consuming, and risky since they are selected by lottery from a large pool of applications. Last year, the H-1B visas were capped at 65,000 even though USCIS received over 190,000 applications. Therefore, companies only apply for H-1Bs on behalf of highly-skilled foreign nationals who they think have a fair chance of getting approved. However, according to new data from the United States Citizenship Immigration Services (USCIS), H-1B approvals from FY 2017 totaled 197,129, down from 348,162 in 2016. This decrease of nearly 50% is believed to be a result of the Trump administration’s new restrictive immigration policies such as the Buy American and Hire American executive order signed by President Trump in April 2017. This executive order calls for rigorous enforcement of immigration policy to protect the interests of U.S. workers. Over a year later, the data from USCIS shows the effects of Buy American and Hire American on U.S. immigrants and non-immigrants.

For one, the number of H-1Bs denied has gone up from 15.9% in the 3rd quarter of FY 2017 to 22.4% in the 4th quarter, as well as the number of Requests for Evidence (RFEs). RFEs are issued when a Department of Homeland Security officer requires more information before deciding to approve or deny a case. According to the National Foundation for American Policy, “the number of Requests for evidence in the 4th quarter of FY 2017 almost equaled the total number issued… for the first three quarters of FY 2017.” In numbers that means there were 63,184 RFEs issued during the 4th quarter compared to 63,599 in the 1st, 2nd, and 3rd quarter combined—a difference of 415. The second chance offered to applicants in form of RFEs will no longer exist come September when a new USCIS policy takes effect, allowing officers to use their discretion to deny cases without first submitting an RFE.

You can find the National Foundation for American Policy’s full report on the increasing H-1B denials here.