Founder, and owner, and attorney of Scott Global Migration Law Group, has just celebrated her 30 year anniversary of practicing immigration and nationality law. In those three decades she has cultivated her expertise across all variety of immigration cases; from employment-based cases for multinational corporations to immigrant petitions for individuals and more.

As the first member of her family to be born in the United States, Lisa was raised by her working class grandparents. She  attended Vassar College through scholarships and grants and received her law degree from Case Western University School of Law. Lisa worked under the tutelage of Austin T. Fragomen of Fragomen, Del Rey & Bernsen, which set the stage for her career in immigration law.

With her daughter off at the University of Maryland, Lisa remains avidly interested in education and often speaks to university students on the complicated avenues of the immigration process.

Lisa’s Credentials: Lisa is among the 5% of women lawyers included in the Inaugural edition of Martindale-Hubbell® Bar Register of Preeminent Women Lawyers™. This register utilizes a rigorous peer rating system and is given only to those lawyers who demonstrate the highest legal and ethical standards. Lisa has been selected by Attorney General Janet Reno to serve as an Immigration Judge in the Executive Office for Immigration Review. Lisa has again been included in the prestigious and international compilation of noted experts in her field. For three years in a row, Lisa has been included in Who’s Who Legal: Corporate Immigration, a listing of 639 immigration lawyers around the world noted for their legal excellence in the field of immigration law.

As a long-standing member of the American Immigration Lawyers Association (AILA), Lisa has served as an elected Chair of the Greater Chicago Chapter along with several other leadership roles. In addition, she was an elected Chair of the Immigration and Nationality Section of the Chicago Bar Association. Solicited for her expertise in all aspects of immigration law, Lisa has appeared on such local television shows as Chicago Tonight and the Law Channel and has been interviewed by National Public Radio, the Chicago Tribune, and other media outlets.

“Outstanding Immigration Lawyer. I have known Lisa for almost 20 years. She first helped me get my green card and later my US Citizenship. She came with me for my citizenship interview and made sure that all went well. I entirely trust Lisa and her decisions. As a result, I recommended Lisa to my brother and Lisa got him his green card as well. I strongly recommend Lisa Scott to anyone looking for an honest and extremely knowledgeable immigration attorney.” – Bharat on AVVO.

Vivian R. Khalaf is Of Counsel to Scott Global Migration Law Group. She is an experienced litigator who has successfully represented individuals in immigration court, the Board of Immigration Appeals and Federal District Courts.  She also focuses a large part of her practice on family law, with an emphasis on Islamic matrimonial issues. Ms. Khalaf speaks English and Arabic, and she represents a multitude of individual and corporate clients from various regions in the Middle East.

Omar A. Abuzir
Of Counsel

Omar A. Abuzir is Of Counsel to Scott Global Migration Law Group. He has been practicing immigration law for over 18 years, concentrating on litigation in Federal District Court and matters that come before the Executive Office of Immigration Review (Immigration Court). He has represented numerous individuals in or facing deportation and/or removal proceedings, as well as individuals seeking immigrant or non-immigrant status or relief from the USCIS. He speaks English and Arabic.

Lori Hauser is an attorney and an experienced legal researcher, writer and editor. In addition to working as an associate writer for Scott Global Migration Law Group, she has worked as a legal writer and editor for law firms, treatise authors, and legal publishers. She has also taught legal research and writing in undergraduate and paralegal studies programs.  Lori began her career as a litigator in private practice in New York.

Kasia Rechmal, our essential Paralegal and Senior Administrative Services Manager, joined Scott Global Migration Law Firm in 2007. An immigrant from Poland and now U.S. citizen, Kasia has an insider’s perspective of the complexities and challenges of immigration law processes and policies. Among the many responsibilities Kasia carries out is her role as liaison between clients and the firm’s lawyers; she works closely with our diverse range of clientele, from corporate to individual while also running office operations with minimal direction and maximum organization. Her mastery of immigration law documentation, technology, telecommunications, and everything in between, allows the firm’s lawyers to focus on cases, secure in the knowledge that the firm is under expert management by an accomplished team worker. She speaks English and Polish.

Education:
University of Gdansk (Poland), Master of International Relations with a minor in Electronic Business.

Aleksandra (Ola) Miezin is originally from Poland. She immigrated to the United States with her family at the age of three.  After graduating from high school, she decided to follow her roots back to Poland in order to pursue her university studies at the Jagiellonian University in Krakow, where she earned her Master’s degree in Intercultural Relations. During her graduate studies, Aleksandra had the opportunity to spend a year studying at the Institut d’Études Politiques de Lille in northern France. An avid supporter of global mobility, she also has extensive experience working in a multicultural environment through her volunteer work for ESN, a student organization that works to facilitate the integration of international students during their time abroad. Aleksandra’s immigrant background and experience living abroad have instilled in her a deep appreciation for the challenges and the value of the immigrant experience. She speaks Polish, English and French. 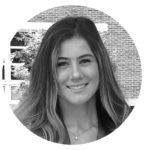 While officially Sasha has been with our office since 2016, Sasha has been with working alongside her mother, Lisa Scott, for a long time. As a result, Sasha has a unique perspective of our mission of working with the immigrant community. Using the research skills she developed through her degree program, Sasha contributes to the office through various projects, including translations of documents in Spanish and French.
f
Education:
University of Maryland, College Park, Maryland, Bachelor of Arts in Sociology.
f
f
f
f 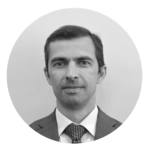